You are here: Home / Archives for budget

LHCC’s board of directors suffers from a culture of conformity. This culture uses irrational pressure to produce what some board members incorrectly call a “consensus,” which is its way of describing unanimity, possibly achieved by surrender on matters of principle. 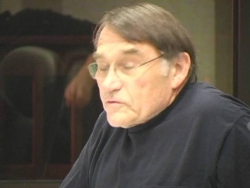 The discussion of a proposal for the dam inspection at the November 26th meeting demonstrates all of this and more. On November 12th, LHCC approved its 2008 budget. In an ironic twist, former board member Lou Einstman persuaded Wayne Poyer that the approval on 11/12 would be subject to challenge on the grounds that that day was a legal holiday. As a result, just 20 minutes before the dam inspection discussion, the board re-approved the 2008 budget.

LHCC’s directors budgeted $3,000 for the 2008 dam inspection. This was a drop from the $5,000 budgeted in 2007, and the $5,100 budgeted in 2006. LHCC actually spent over $4,823 in 2006 for the dam inspection (see account 6339 on page 2) and over $1,439 through 9/30/2007. Therefore, when we consider that LHCC’s own Treasurer, John Martel, asks other board members what LHCC spent on this item in previous years, we have to wonder how carefully the 2008 budget was prepared. The proposal considered by the board on November 26th was for approximately $5800, nearly two times the amount budgeted just a few weeks earlier. It took just a couple of minutes to gather the actual expenses from financial reports that have been available on our website for months, something we’re sure regular site visitor John Martel would know.

Our present focus is not what the budgeted amount for the 2008 dam inspection should be or what is a reasonable amount to spend. Rather, we want to highlight the intense pressure put on some LHCC board members to conform, to support a decision that appears to have already been made. In less than 15 seconds after this tab was announced, a vote to approve this expense was underway. This speed is not the result of any editing trick. When you watch the video, you will hear John Martel repeat several times “I want to discuss it” after a vote on the issue has already been called. Several directors responded by giggling like schoolchildren. The speed with which this vote was called and the initial response to Martel suggests that board members anticipated Martel’s desire to discuss the issue and attempted to quash that discussion by rushing the vote.

Martel said that the $5800 proposal before the board “seems to me to be high….” He pointed out that the company slated to perform the dam inspection is expected to do significant other dam-related work in 2008, and wondered if LHCC could negotiate a package deal. Martel reminded the board that the budget they approved contained only $3000 for this expense. Dave Buermeyer supported Martel’s concerns and expressed the view that several line items in the proposal seem redundant in light of work that LHCC has already done or is expected to do in the near future.

For John Martel, the sticking point was the fact that this proposal’s cost is a significant deviation from the budget, particularly when the budget was so recently approved. Martel expressed his voting intent:

Again, the work has to be done. They’re the right people to do it. But since the budget for next year only has $3000 in it, I cannot in good faith vote for it.

We must remember that in the effort to rush this matter to a vote, every other director except Martel supported approving this $5800 expense. Martel himself pointed this out, recognizing that he alone would oppose this. He continued:

I just can’t vote for it. That’s all. It doesn’t have to be unanimous. … To me it’s a matter of principle. It’s a question of voting for something that isn’t in the budget. I cannot do it.

A matter of principle. And that’s when Martel is attacked by Lake Holiday’s vicious culture of conformity. Wayne Poyer rebuked Martel because he “cannot agree to accept an expense that is absolutely mandatory for the continuity of this association and the community.”

Audience member and former board member Lou Einstman also went after Martel by suggesting his refusal to vote in favor of this expense would mean that LHCC will “breach the dam and we’ll have an empty hole where the lake sits.” Einstman, towing the party line, was allowed to speak outside of open forum without reprimand from any board member, a privilege we doubt would be afforded to a board critic. Both Wayne Poyer and Lou Einstman engaged in scare tactics in an attempt to coerce Martel to vote their way. It’s an absolute certainty that Martel’s vote against this proposal would not result in a breach of the dam, because Martel and everyone else in the room already knew that Martel couldn’t block acceptance of the proposal. Moreover, while inspections are certainly important, delaying an inspection to get a better price does not mean the dam will be breached or that the “continuity of this association” is imperiled. We also doubt that Martel was attempting to delay the dam inspection indefinitely.

The scare tactics employed by Poyer and Einstman are strikingly similar to those used by Chris Allison in his February 2006 letter to members. At that time Chris Allison suggested that unless higher utility rates were put in effect, property values would be at “very serious risk.” He suggested that without higher utility rates, the ability of Lake Holiday homeowners to “get water from our faucets, and flush our toilet [sic]” would be at risk. A little more than 2 weeks after Chris Allison made those outrageous statements, the VA SCC ruled that LHEUC’s rate increase and rule change was “defective and should be given no effect.” LHEUC was ordered to refund the overcharges. In October, 2006 LHEUC reported that it produced profits of $65,459 through the 9 months ending 9/30/06 without the rate increase. Both the Chris Allison attack letter and the attack on Martel involve crazy predictions of disastrous outcomes to get people to conform.

At the November 26th meeting, it appeared that the scare tactics of Poyer and Einstman would not persuade Martel. So director Pat Shields tried a new tack: Shields explained that Poyer was really just trying to build a “consensus.” What Shields meant by his use of the word “consensus” was unanimity, because allowing for Martel’s sole negative vote, the vote would have been 9-1. Consensus denotes the opinion of the majority or the general agreement of a group, not unanimity. Even if 2 other directors joined Martel (a very unlikely event), a consensus had already been reached, and Shields knew that. On a practical level, the board wasted time using scare tactics to transform consensus into unanimity.

For most of the discussion, it appeared that Martel would hold firm and cast a negative vote on a topic that for him was a “matter of principle.” But principles weakly held have a way of collapsing. Instead, Martel opted to abstain from voting, rather than vote against the measure.

Martel’s abstention should not escape notice. In its “To Vote or Not to Vote Overview,” the National Conference on State Legislatures states that when a policymaker abstains from voting, he “disenfranchises” the voters that elected him. The NCSL points out that abstention may be necessary for policy makers “when their personal interests conflict with their public duties.” The NCSL includes references to Virginia statutes that govern rules for state legislators, and the triggering event for abstaining is having a personal interest in the matter. What is Martel’s personal interest in a vote on a dam inspection? If he has no personal interest, is he using an abstention as a way to avoid casting a negative vote?

We suspect that LHCC’s minutes of the 11/26 meeting will reflect only the motion and the final vote, from which Martel abstained. We doubt the minutes will include the attempts at intellectual coercion and how LHCC Treasurer John Martel elected to disenfranchise the people that elected him instead of standing strong on what he said he considered a matter of principle.

How true the thought, actions speak louder than words.