You are here: Home / Silent Sitters 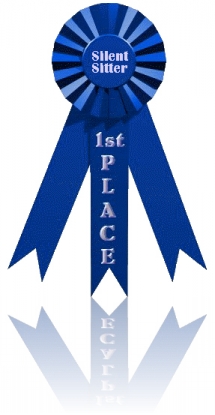 The Silent Sitters’ creed: Say Nothing, Question Less. Just Raise My Hand and Make It Unanimous!

We give our Silent Sitter award to a director or directors at each meeting. Over time, we’ve tweaked our award by placing certain requirements on winning, such as actually attending the meeting. We make it in the spirit of Sen. William Proxmire’s Golden Fleece award. Our award does single out the performance of individual board members, but we’re strictly focused on performance rather than personal opinions. Passive board members are a widely recognized problem at Lake Holiday, and they have been stubbornly resilient to less flamboyant efforts to modify their behavior. We hope by drawing attention to this bad behavior, potential Silent Sitters change their conduct. LHCC’s directors have an important impact on property valued at nearly a quarter of a billion dollars. That’s billion, with a “b.” There’s no room for board members who do not make every effort to be informed, explore all sides of an issue, and vote their consciences.

There are 2 ways to view our Silent Sitter award winners, our TiltViewer and AutoViewer.

in the lower right corner of the image to look at the flip side of the picture.

AutoViewer will display a slide show of the images of consecutive winners. When you position your mouse over the AutoViewer, clickable buttons will be displayed for Next, Previous, and Play/Pause. You can click the Play button to have AutoViewer automatically display the next image after a short delay, or you can manually use the Next or Previous buttons to scroll through the images on your own.