You are here: Home / Board Conduct / Our Problem Now 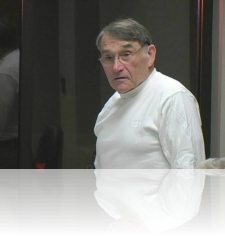 63 days. That’s how long it took for LHCC’s board to flip flop on the utility problem at Lake Holiday, especially when board members started having problems of their own.

As we discussed in our post It’s Not Our Problem Anymore, on 11/26/07 Wayne Poyer said just that: problems with utility service weren’t the board’s problem anymore. He ignored the fact that his predecessor Chris Allison promised members that the LHCC GM would play a central role in resolving utility problems after the sale to Aqua Virginia. Poyer distanced himself from utility issues when addressing problems raised by ordinary homeowners. But at the January 28th board meeting, the story changed when board members started reporting their own utility problems.

Aqua’s customer service has been and continues to be both inadequate and ineffective.

In his view Aqua Virginia engaged in “questionable billing practices.” Martel described his own problems with Aqua Virginia and what a company customer rep told him about it. According to him, she said:

I will send that problem to the billing department but I don’t think they’ll do anything about it.

Do we know are there any people here at Lake Holiday that are happy with the service? … I don’t know anybody.

We first reported about this situation many months ago. The very same topic is covered in our video clip Crazy Aqua VA Bills (also on our Videos page) from the March 2007 board meeting, now 11 months old. Poyer and the rest of the board didn’t want to get involved at that time. In response to an open forum question from a homeowner with a utility problem, Pat Shields suggested that the homeowner had a water leak between the meter and his house, despite the homeowner’s efforts to establish he had no leak. To diagnose his inaccurate water bills, the homeowner reached a drastic conclusion: “Just don’t flush.” Now, in January 2008, Poyer told fellow board members very matter-of-factly that Aqua Virginia’s meters just don’t work, suggesting he’s known about this problem for some time.

When ordinary homeowners write to the board about their utility problems, Wayne Poyer says “It’s not our problem anymore.” When John Martel has a utility problem, it’s time to “get tough” with Aqua Virginia and start down the path to filing a complaint with the SCC.

We’ve seen no public acknowledgement from the board about utility problems homeowners have been experiencing in Lake Holiday’s newsletter or website. To claim to be a utopia, one must sweep a lot under the rug.